Bruce joins Try Anastasio, Jeff Chimenti and most of the remaining Grateful Dead members for their official farewell, coinciding with their 50th anniversary. Over 360,000 people paid $52 million to attend 5 nights in Santa Clara and Chicago. The online pay-per-view record for a concert was more than doubled as an additional 400,000 tuned in.

Here’s a great video of Bruce covering “Built To Last” in the last ever Grateful Dead concert: 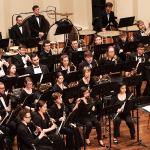 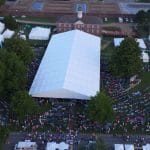 In the southwest Virginia town of Richlands, I fell in love with an Appalachian girl