George Marinelli featured on: The Way It Is, Scenes from the Southside, Night on the Town

A founder member of the Range, George Marinelli was heavily involved with Bruce’s first three albums, and remains an integral part of Bonnie Raitt’s band to this day. This chat with us is from 2001:

What are you up to these days?

these days, i’m dividing time between a handful of things. doing sessions here in nashville, playing in bonnie raitt’s band again on a regular basis (not very often, but always fun) and doing her next cd in LA during april, writing songs for our band and for others, too. currently have a song on Ilse DeLange‘s latest cd which is out in europe, but not here. playing gigs with air parma quite often. we’ve actually cut 4 new tracks for our next cd. also been producing here in my studio, WingDing. the last project was by a singer/songwriter you may’ve heard of, Doug Hoekstra. his new cd, ‘around the margins’ was just released and getting incredibly good reviews. he’s coming over i think in april to do a bunch of gigs in the UK. so yeah, i’m pretty busy. 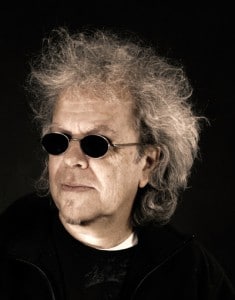 The Sensitive Ones tour – was that the first you’d played with Bruce in a long time? How did you settle into his newer work?

yes, sept 1999 was really the first time i played with bruce since i left ‘the range’ in 1991. sat in a couple of times during the 1994 tour where he was opening for bonnie and i was in her band. both were a lot of fun. even though we don’t play together full time any more, there’s still a bond, not just musically. we’ve always stayed in touch, and we both still enjoy the funny stuff more than anything. maybe at another time, he or i can talk about the phone windups we’ve been doing since we’ve known each other. we’ve got volumes, which i’m gonna compile soon onto cds. pretty funny stuff.

‘the sensitive ones’ was quite a unique experience. (bruce, bonnie, jackson browne, shawn colvin) i’d never seen anything like that one before. 4 solo artists touring together with one band and backing each other up. when it was ‘on’, it really worked. maybe if we’d had more time to hit our stride, it would’ve been more consistent, but it was a great month.

What’s been your career highlight so far?

as far as career highlights, obviously being in a band that’s had a number of really big records was something that every player strives for, and most don’t achieve. i’ve always just thanked my lucky stars that i’ve always played music and made a pretty good living. i’m not rich, not famous, but most guys i know that started when i did are no longer playing professionally. i get to play with a lot of really great folks, played on a lot of big records, and i think i’m still getting better at what it is that i do. and branching out into producing has been great, so i look at the whole thing as a highlight instead of one particular achievement. it’s the road, not the destination.

Worst advice you ever received?

the worst advice i was ever given, and i still get it, is to stop chewing gum on stage. what the hell do they know?

i don’t know if this is an obsession, but i really go out of my way to write songs that sound unique, like no one else could write them. not saying they’re any good, but just trying to write using uncommon chords, and subject matter a little out of the ordinary. the folks i’ve always looked up to have a musical signature that’s unmistakable. i’m really turned off by artists who sound like other artists, and radio is full of it right now. the glut of mediocrity really is depressing. ….so, maybe i am obsessed?

When and how did you meet Bruce? How did you get involved with his band?

i met bruuuce in 1982 while playing in another band with john molo, drummer. we became pals first, then i played on some demos for him, then he called and said ‘wanna put a band together?’. this was in LA, and i think i was in about 3 or 4 other bands, but why not, so we did.

You guys still in touch? With the rest of the Range as well?

always in touch with bruce and the other range guys as well. we were always friends and i think it’ll always stay that way. i see pete harris almost every time i’m in LA, see joe puerta a bunch. spoke to him yesterday, as a matter of fact. i’ll see him in april, too. spoke with molo end of last year.

Your influences and what inspired you about them?

first, the beatles. obvious. bottom line, though, it was the songs and the originality in every aspect. that’s what first attracted me to bruce’s stuff, the songs. i also like the stones, learned a lot of r+b from them. all motown, and soul music. paul simon, sting, elvis costello, jimi hendrix. lately, though, non-western music. lotsa stuff from around the world, couldn’t even tell you who a lot of it is, but really into afro, celtic, brazilian in the last 10 yrs. there’s a lot of great music out there most folks never get to hear by depending on mass media. sad.

Who would you like to play with that you haven’t already?

wouldn’t mind playing for sting or james taylor, just cause i really like their stuff a lot. not looking for a gig, though!!

Air Parma – where did that name come from?

my band, AirParma, which is yours truly, mark prentice on bass and vocals, and vinnie santoro on drums and vocals, stemmed from me writing and gigging around, and finally finding what i think is now the right combination. we’ve hit a stride lately that’s really quite fun, and people are into it, too. best of both. the name came from a poster for an air show, in the Parma region of italy. that’s where the cheese we grate comes from! 2 of us are italian, and the other wishes he was, so there’s the name. been together for about a year and a half. the cd has been out for about 8 months. good reviews, kiss of death!

You seem pretty net savvy – is that site your own work?

yes the site, for what it’s worth, is my handy work. i got inspired, bought software, and dove in. we didn’t want anything too fancy, and that’s exactly what we got! also made the site for my studio, Wingdings Studio, also kinda meat and potatoes, but the info’s there.

a brazilian compilation my wife gave me for xmas, and i’ve also been listening to a really old record re-released on cd by Major Lance. you may remember ‘monkey time’, the whole album is pretty neat. 60’s, produced by curtis mayfield, the giant of r+b, who also wrote 6 of the 10 songs.

Do you have a favourite song from the Range days?

one of my favorite songs from the range days, for selfish reasons, is ‘on the western skyline’, where i got to do a pile of guitaring. plus, i just like the song. also, really like ‘valley road’. neat memories making the video and just what was going on in that period, what with the 2nd album and all. exciting times

What are your thoughts on illegal file sharing?

my thoughts on that take up too much space. i’ve written senators and congressman, had letters published in magazines, etc. the net in general has cultivated a sense that no one should pay for anything. the biggest web presence there is, yahoo, doesn’t charge for anything, and they’re in trouble now. amazon.com, the net’s biggest retailer, which has never made a profit, may get bought by a dept. store chain because they sell at a loss to drive away competition. then napster turns art into a computer file where anyone can make infinite copies.

the media pits the ‘poor consumer’ (who doesn’t want to spend to consume) against the ‘big bad record companies’. well, i don’t like the record companies too much myself, but what about the guy who wrote the song? the only money he makes is from sales. how does he feed his family and put his kid thru college? we put up mp3s voluntarily, but those belong to us. should anyone be able ethically to give away someone else’s work? it’s crazy. i don’t mind anyone giving away their own songs, but it’s not my right to give them away

it’ll get worked out either way, it’s the ethical thing that gets to me. we’ve weened a whole generation of college kids who think it’s ok to have something they didn’t earn. a trench coat can make it possible to go into a store and walk out without paying for stuff. is that ok too? i don’t think so. my blue collar background makes me not want something i didn’t pay for. i guess i’m old-fashioned.

So what’s in the pipeline for George Marinelli?

the pipeline holds more of the adventure. who knows what’s next. hopefully we’ll get the airparma music heard by more ears, i’ll produce another artist that really gets me pumped up, and maybe there’ll be a little touring after bonnie’s new cd comes out. it’ll all be great.

I want to thank George Marinelli for the time he made available to do this – you should know that this was set up and delivered in less than 24 hours. Definitely a great guy – why not make your next stop his site to see what’s up.

Thought I’d go and read some books, appear to be smart
Maybe love would come to me as a patron of the arts.
I tried spouting Shakespeare on a midsummer night’s shade
The ladies yawned and I walked on, gonna be some changes made.