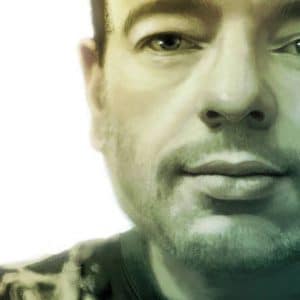 Simon Twining has been chronicling the music and career of Bruce Hornsby since 1998.

He studied advertising and is a qualified copywriter. He used the psychology and design from that field to learn web design, and now teaches web publishers how to write for the web.

He first discovered Bruce Hornsby when cassettes were still a thing, and wore out the first three of Bruce’s releases in that format.

The internet afforded an outlet for creativity, and Simon quickly pursued opportunities in graphic design and writing. He was able to channel his talent for both and follow his love for music, combining both to curate Bruuuce.com for Bruce Hornsby and his followers.

That has involved practising journalism on several different levels: podcasts, interviews, written reviews, news reporting and feature writing. He has guest-written articles for other music and sports websites.

Much of this website is community-driven, and content is contributed from readers based far and wide. Simon has built and maintained that community and built close ties with Bruce Hornsby and his band, allowing a unique insight into that scene.

The biggest reward of running the website has been the collaborative projects with the website’s visitors. So far they have produced six CDs and raised over $20,000 for the ALS Association.

Simon has made lifelong friends as a result of running Bruuuce.com.