I was very happy to be a part of the Wolf Trap crowd that caught Chris Thile’s Punch Brothers open for Bruce Hornsby last summer August. I wasn’t familiar with them, but had heard good words, especially of their front man Chris Thile. Sadly, a taping never emerged from that show, save for a few YouTube clips. There was a definite spike in emails to this site from those who witnessed Thile’s compelling and animated display that night, and so it was big news that Bruce and the Noisemakers and Punch Brothers were both to attend Telluride this year. Surely shenanigans and chicanery would ensue.

And so here, for the next few days, is Bruce Hornsby and the Noisemakers, featuring Chris Thile. Chris is one of the few musicians who could ever push this band to another level again by taking the songs in his own direction. A major follower of Bruce’s work, he didn’t just learn the music from Spirit Trail – he transcribed it. Now you can reap the benefits as he adds his own colour to the the likes of The Good Life and Prairie Dog Town.

Short video from last August at the Wolf Trap:

Enjoy the next few days of Daily Doses from Telluride – later ones also feature Sam Bush and Béla Fleck. First one is up for download on the front page now! 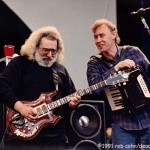 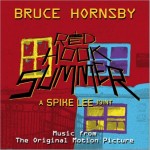 I’m a long long way from my resting place…