Here’s 15 from 15! Since 2005 we’ve released six musical download projects – all free, with donations invited to various charities. They’ve benefited from your work and generosity to the tune of over $20,000. Here are 15 selected tracks from those 15 years of cover projects – your interpretations of Bruce Hornsby’s songs.

They’re either performances that Bruce has noted that he enjoyed, or even echoed on stage in one case – or just some we know you appreciated when they were first released. Select any of them to listen on your computer or mobile device.

We couldn’t possibly include them all here, and there are so many more favourites! The full six projects are all up for download on our cover projects page, all for free.

Below the player we’ve included a note on each track and/or artist.

We want to thank each and every one of the artists who have contributed over the years. Interested in taking part in the next one? Drop Si a line!

1. The Way It Is (Cruize Henderson) – Cruize and his wife Aniko Somogyi have contributed four tracks for us over the years.

3. Gonna Be Some Changes Made (Erik Nagel/Gavin Murphy) – the guys switched around the lyrics here and heard Bruce play their version live at a show.

4. White-Wheeled Limousine (Noah Wilker) – this one is a personal favourite of mine, and deserves another listen!

5. Circus on the Moon (Dave Rich) – UK-based Dave Rich has recorded for every one of our projects and remains a favourite of the Bruuuce.com community. See Dave Rich’s Spotify and recent work with The Hummingbirds: Jolly Old St Nicholas.

6. Sunflower Cat (The Way It Is tribute band) – Bruce joined Claus Barfoed’s cover band in a Copenhagen bar in 2004.

8. Resting Place (Kathryn Holtkamp) – an acoustic jazz version of a Spirit Trail favourite, performed by a Bruuuce.com community favourite! Kathryn was about to tour Europe with the Cirque du Soleil before Covid hit.

9. Stranded on Easy Street (George Marinelli) – from a founder member of the Range, and guitar player Bonnie Raitt’s band since 1993: George Marinelli.

10. Go Back To Your Woods (Richard Hart) – a compelling take on one of Bruce’s Robbie Robertson collaboration.

12. Spirit Climbing (ToHuBoHu) – John  D. Beck has donated his time to us for a number of projects. Here his band covers one of Bruce’s lesser known songs, from the Red Hook Summer soundtrack.

13. Let the Girls Rock (Jenna Starar) – love the song choice (it predates the Range) and love the execution! Another from the UK, Jenna Starar.

15. Passing Through (Rich Diakun) – Rich was a prolific contributor to the Bruuuce.com community in so many ways. Here’s his rework of Passing Through which Bruce has noted his appreciation for. Rich very sadly passed away on May 3 2017, and this song was re-released as part of the Postcards from Tossington project. 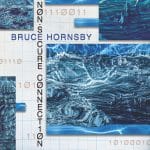 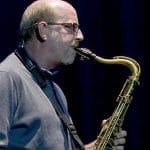 I’ve wandered far, I’ve had my fill, I need you now, do you love me still…